During the first half of my internship I worked for Lost Anchor Games on an unannounced fantasy tavern management game, primarily as a level designer.

Each level was centered around a tavern which could be expanded once you had earned enough money.

My tasks included pitching ideas for upcoming levels (each one in their own specific geographical setting) to the CEO, as well as whiteboxing and then taking the levels toward their final form.

In addition I made a few different main “starter” bar rooms as well.

I was also active in furthering and discussing various parts of the game: the narrative and end goal, the progression of the different levels and areas, as well as QA. 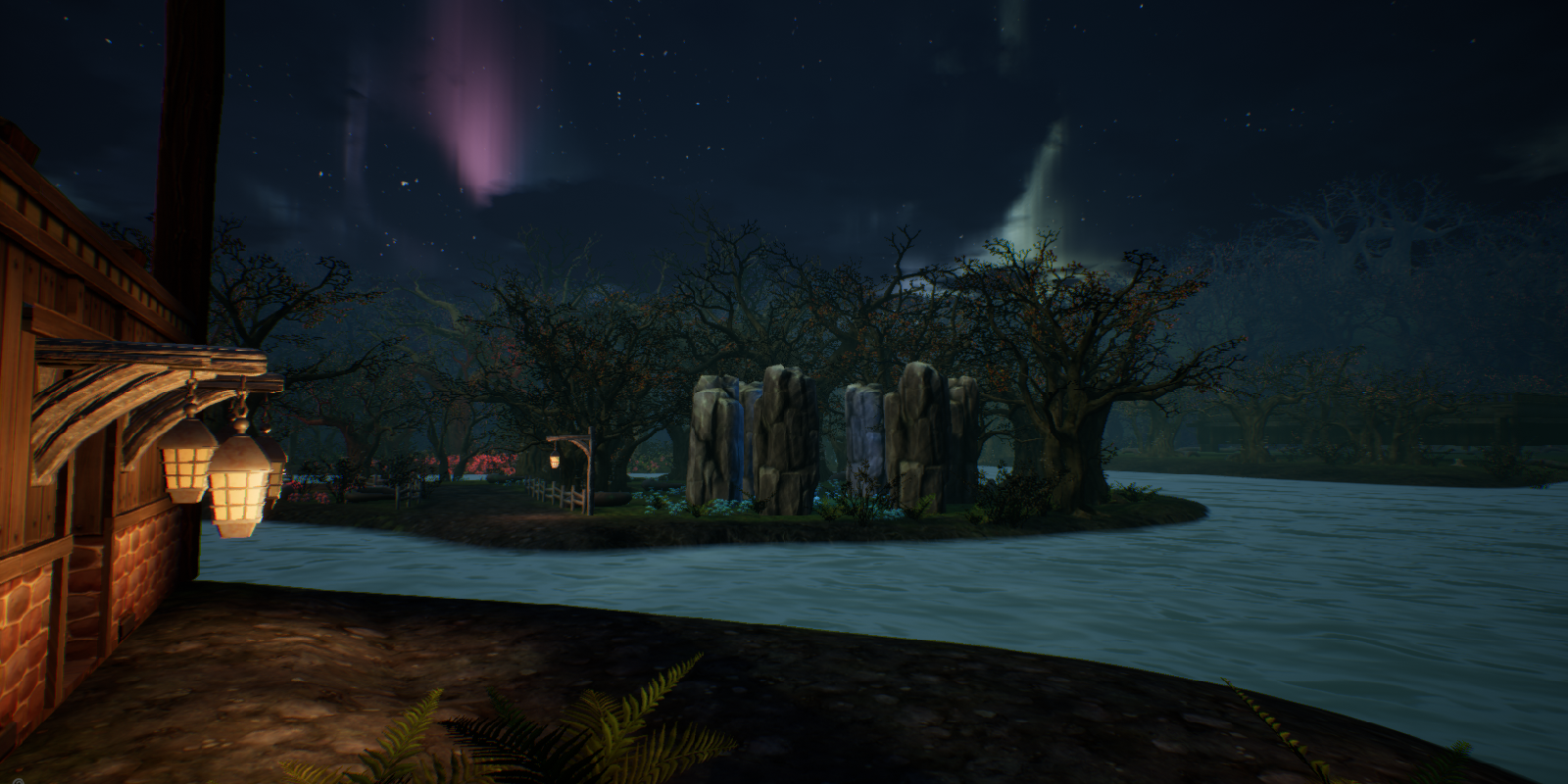 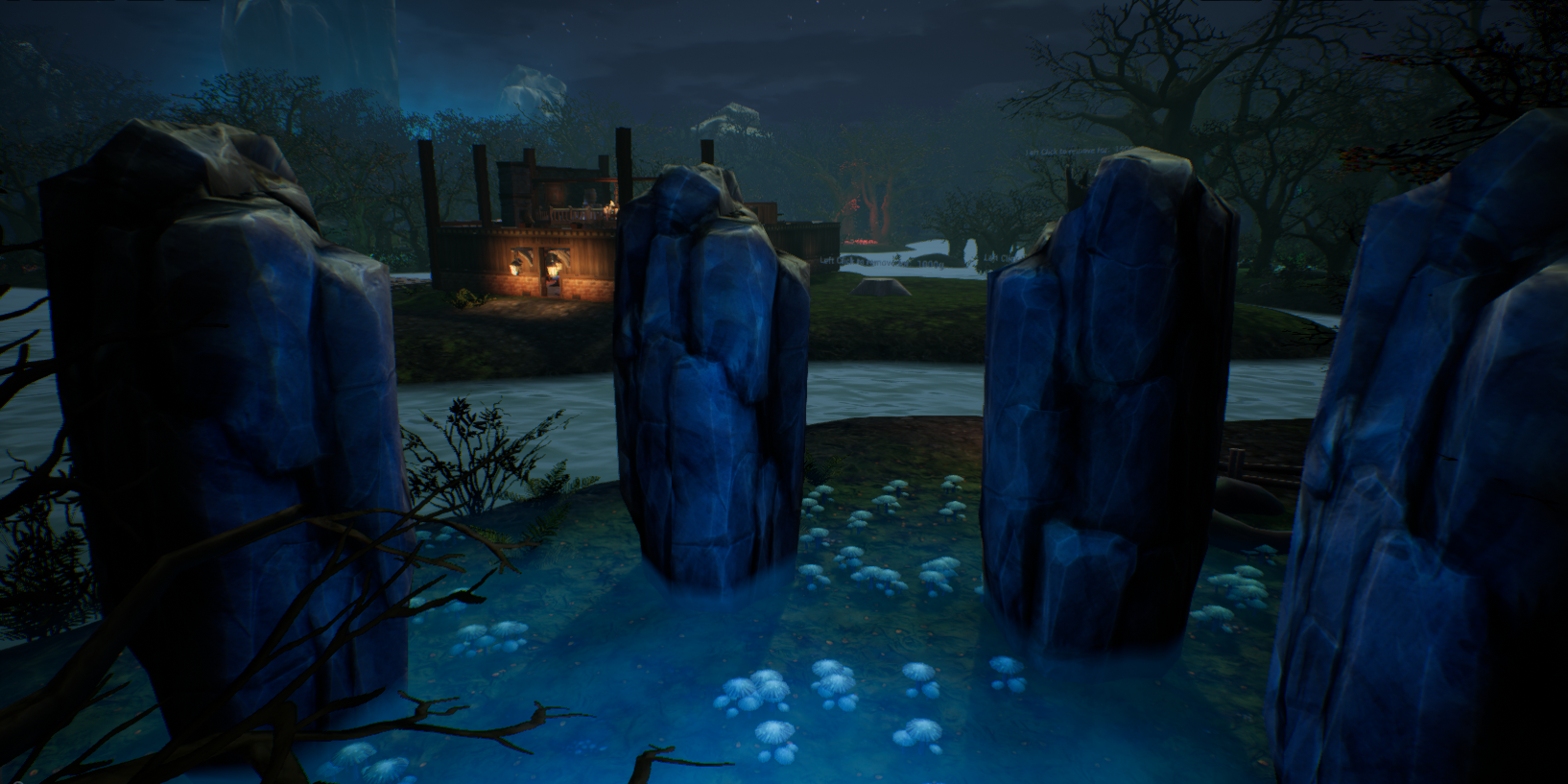 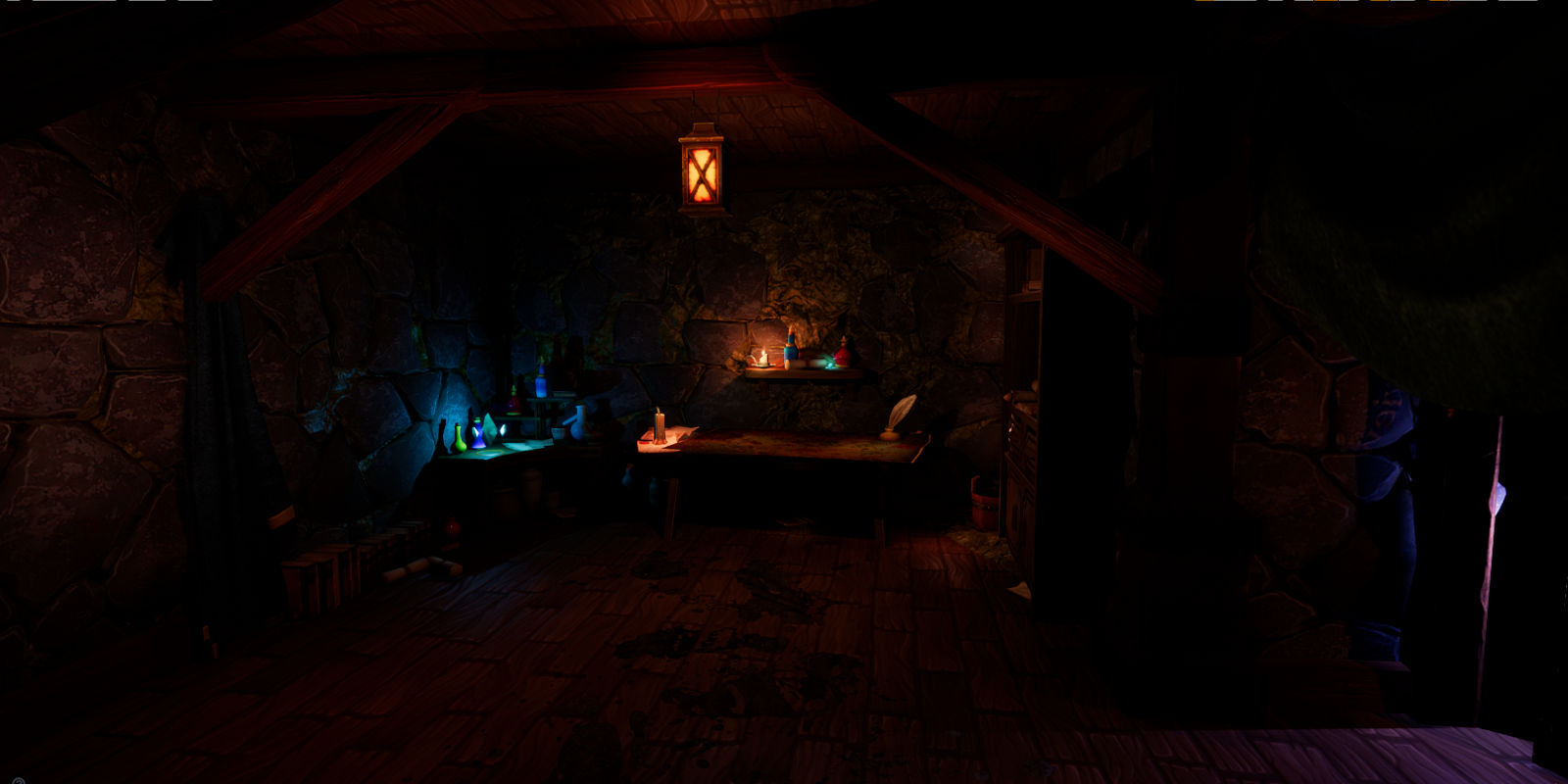 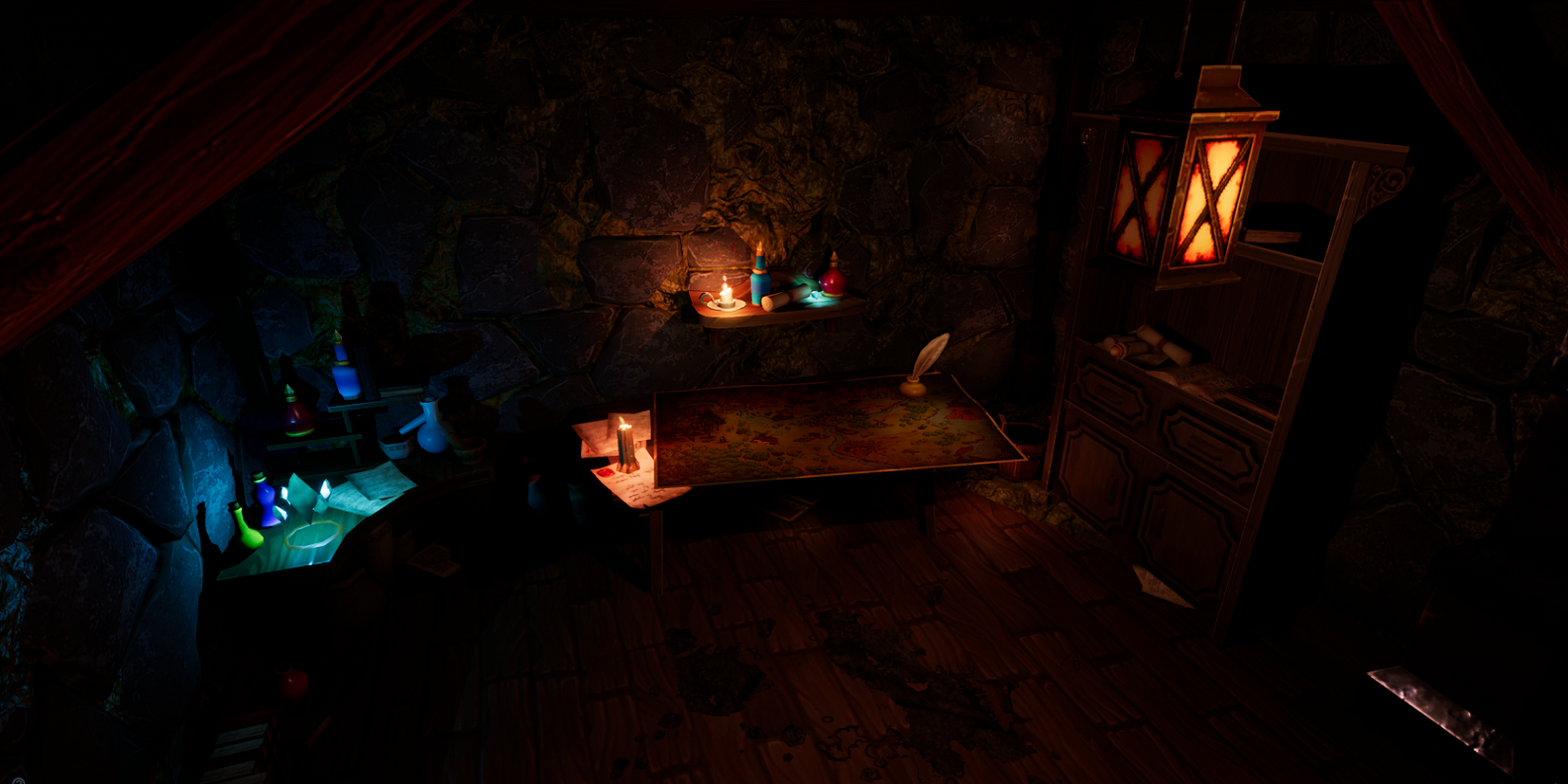 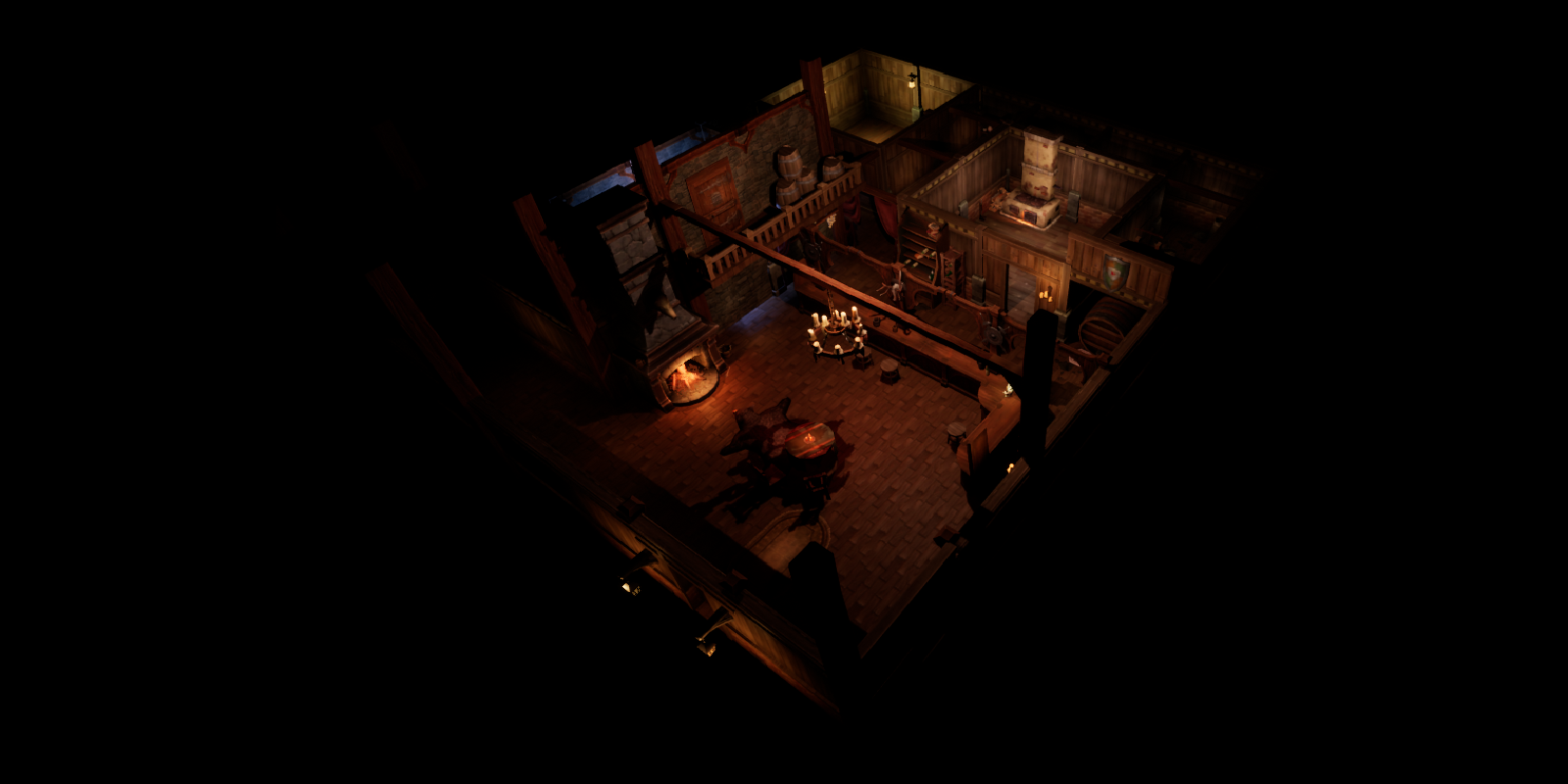 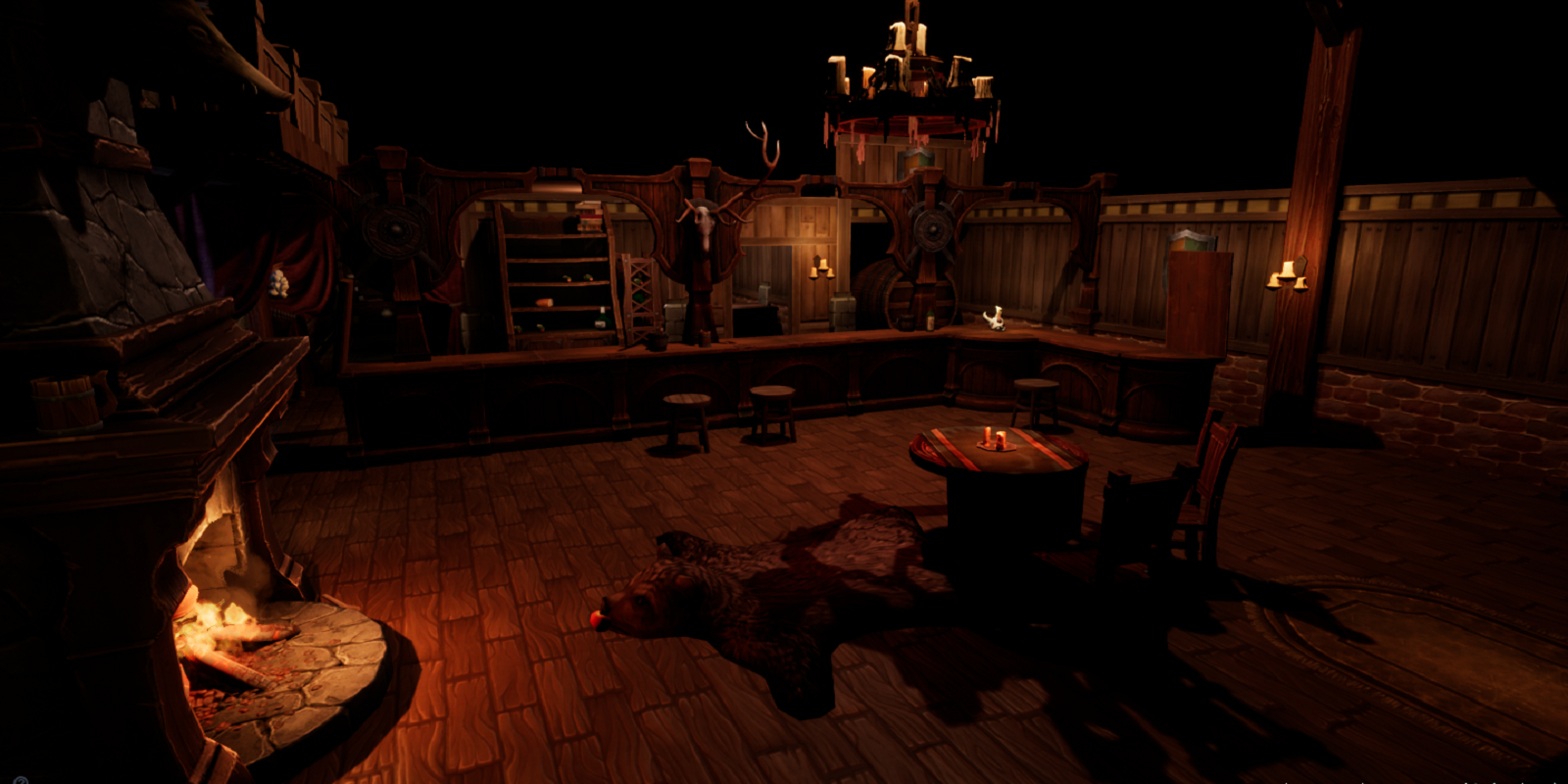 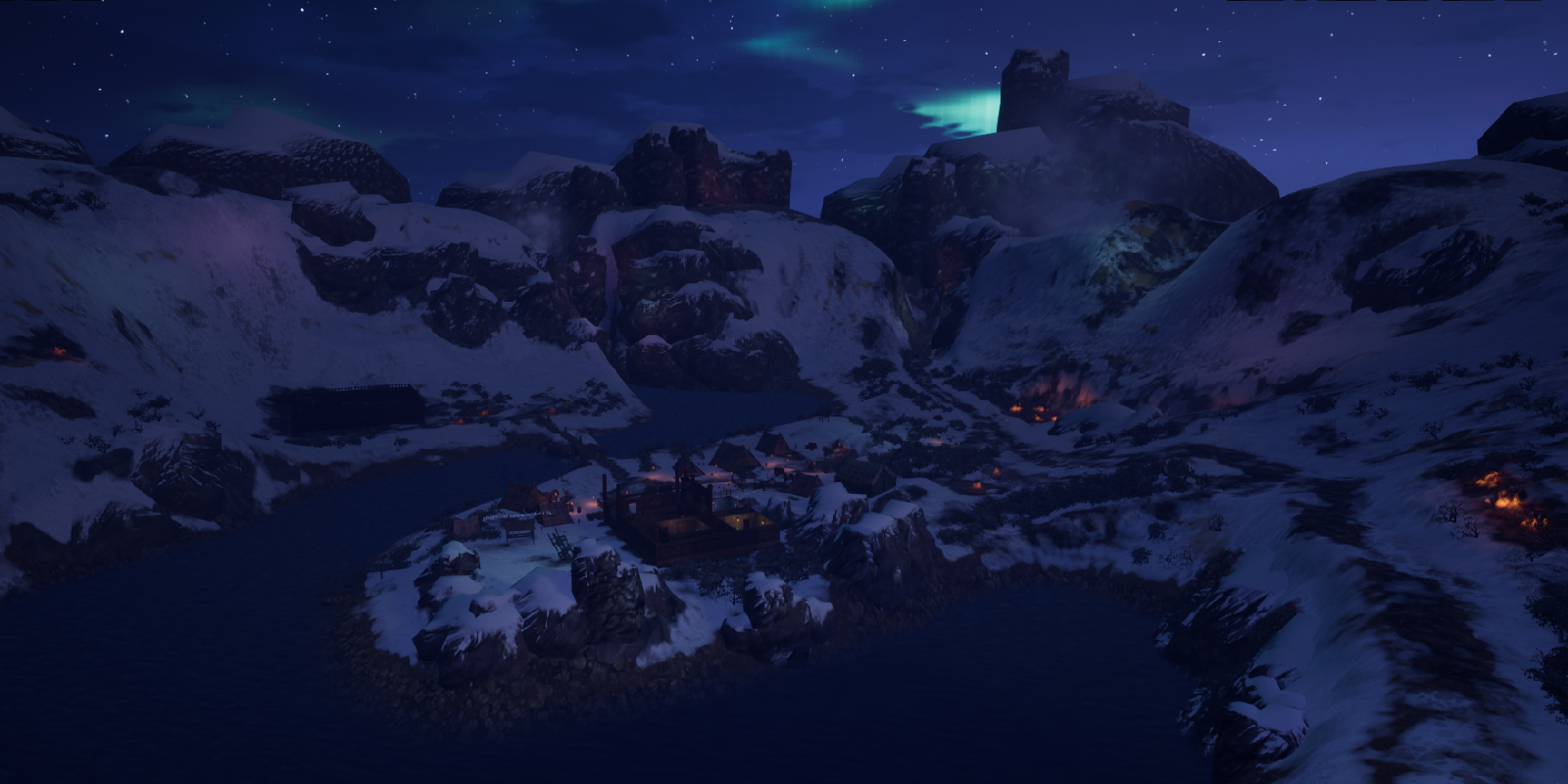 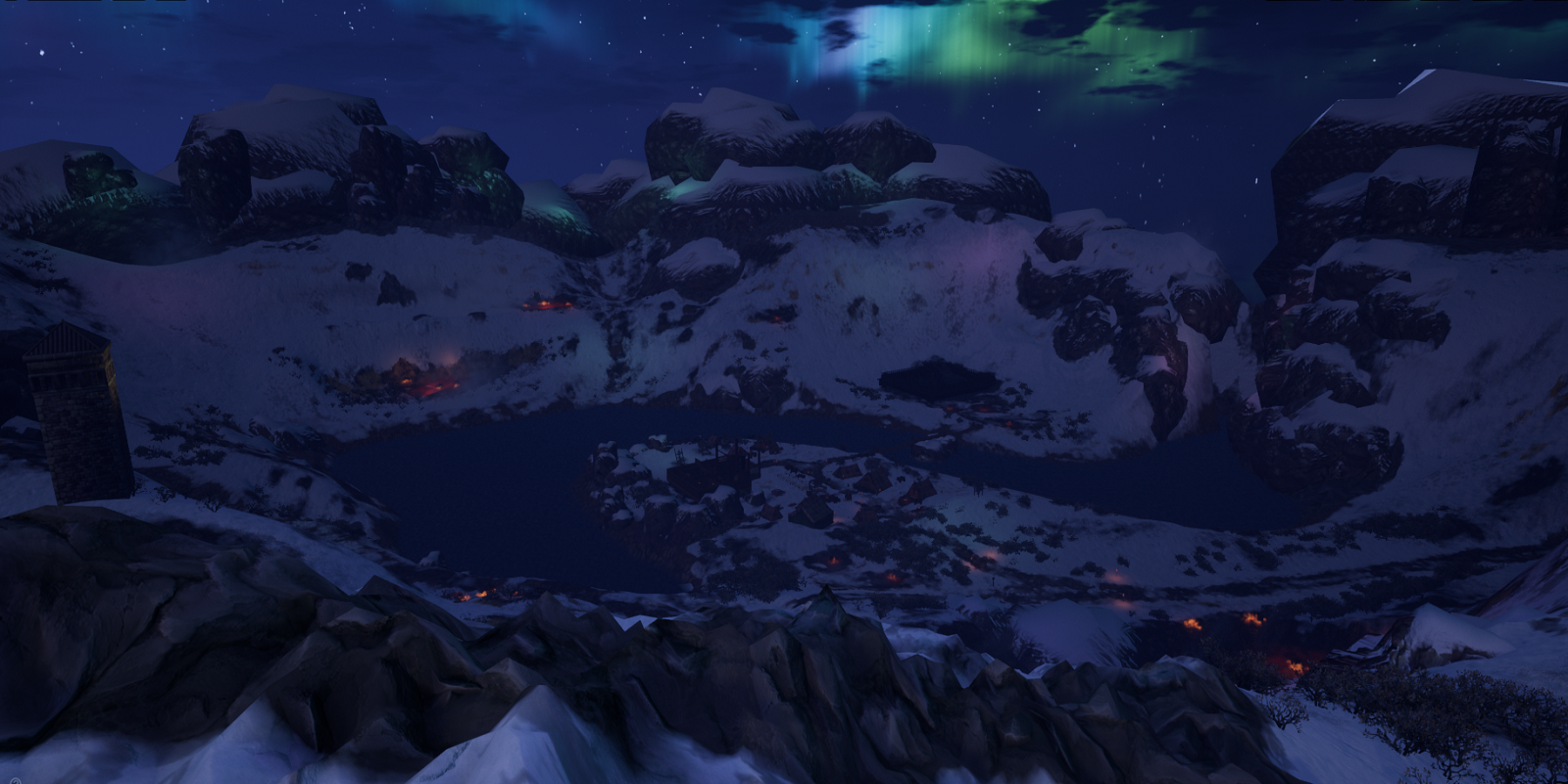 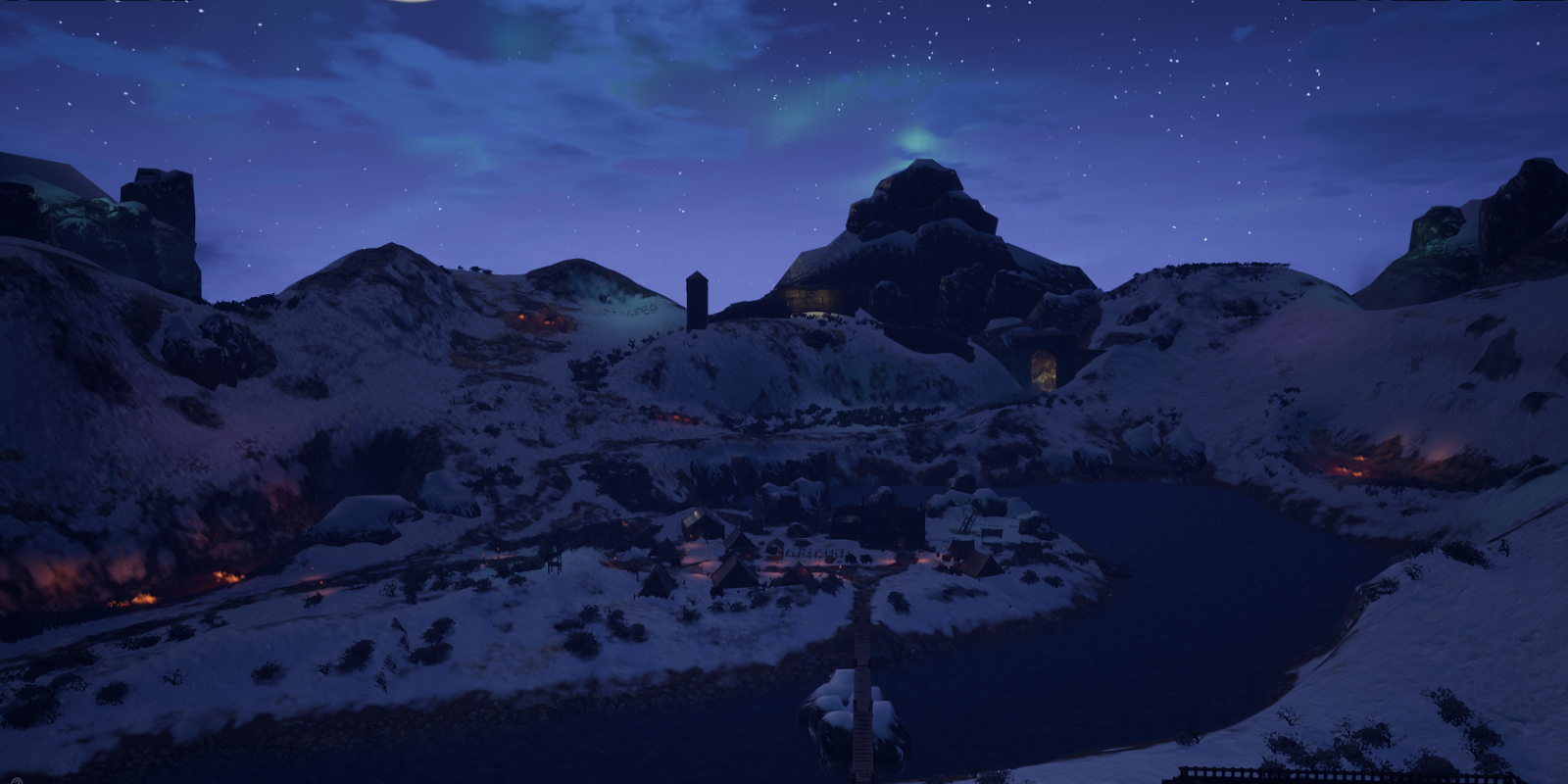 During the second half of my internship I worked for Fatshark on the game Warhammer: Vermintide.

My tasks included solving various level design bugs as well as immersing myself in the Warhammer universe, writing pitches for future levels that fit in and were tied to the Warhammer era called “The End times”.

Short plot
Players venture through an indoor castle environment and into dark tunnels connected to a volcano, where human sized rats called the Skaven, with the help of a huge drill they have named “Warp-Grinder”, are trying to drill down past the rock floor of a sleeping volcano in order to bury the nearby villages under a blanket of molten rock and to put the continent under constant darkness from the resulting ash cloud.

Intro / backstory
Villagers have reported rumbling coming from the sleeping volcano in the mountains above and you are afraid that the Skaven are trying to make the sleeping giant wake up from its slumber.
As you’ve gotten your hands on the key to the main castle gate already, now is the time to travel through the castle, downward and into the dark tunnels of the volcano.
You need to stop whatever is going on down there!

Narrative goals
Letting players prevent an originally earthly catastrophe released with the help of Skaven tech, an eruption that has easily understandable and relateable consequences for all players.
Introducing a Warp-Grinder drill as a central piece of a level.
Leading the player downward continuously, making them feel like being very deep underground.

Court yard
Fairly bright, visible signs of struggle on the bridge and in courtyard, corpses in the grass with birds feeding on them. No wind.
Sunset lighting.
One teleport on each side of the broken walkway/bridge leading up to the castle, separating the level into two actual levels. 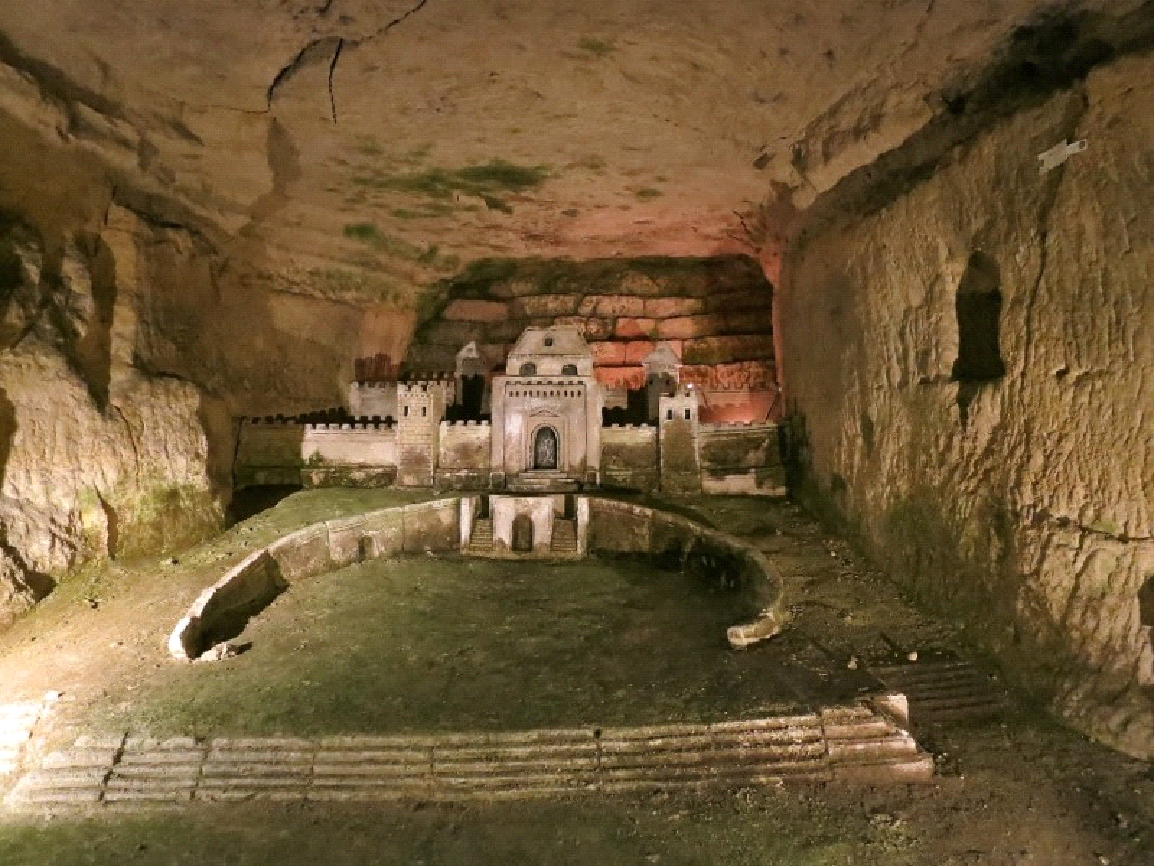 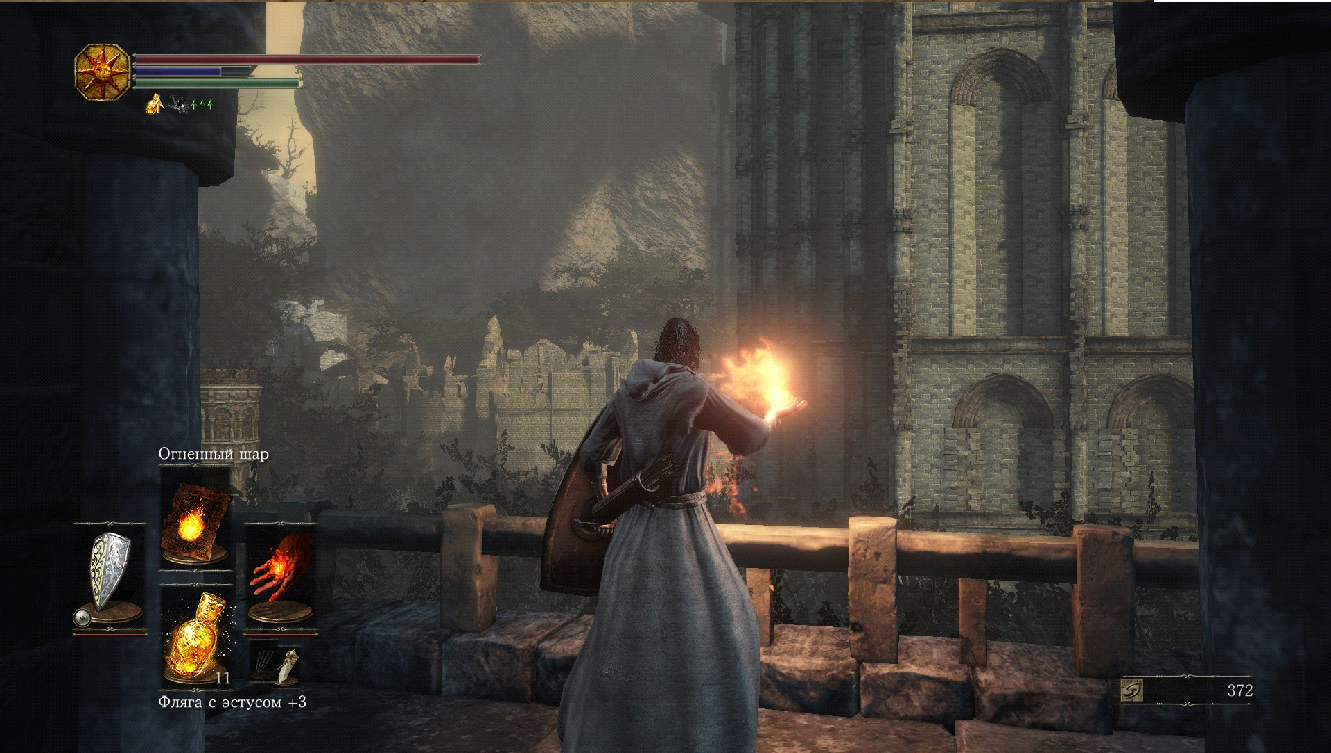 Castle section
Not as much echo in here as in the earlier catacombs and not as dark.   Small rats running around, gathering around the small piles of corn/wheat on the floor.
In the end of this part narrower tunnels and storage rooms lead downward into cave tunnels.
More and more debris the further in you go. 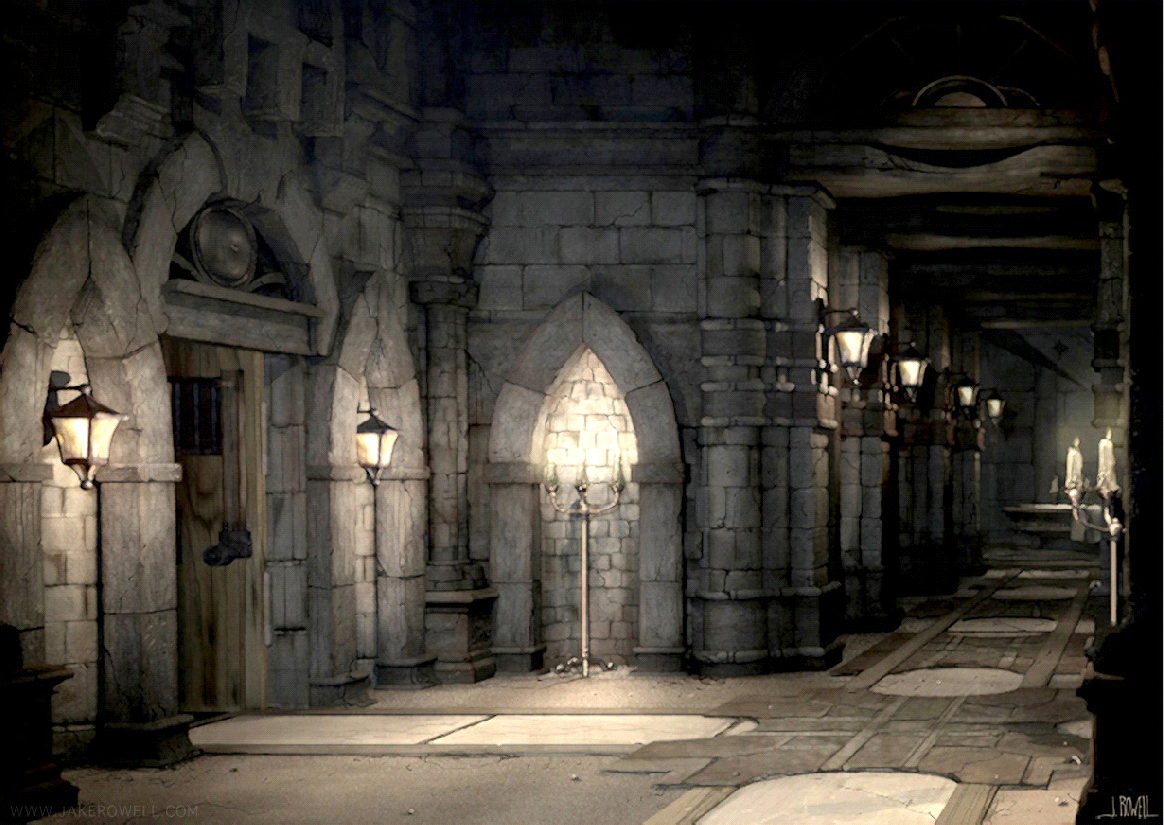 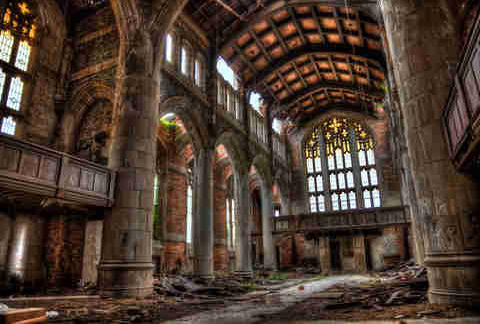 Cave section
Some mist/steam, distant mining pick sounds (continuously), slight screen shake and dust particles for 10 second periods every once in awhile when the drill is active.
Sections of Skaven dug tunnels combined with other sections of smoother walls with stalagmites/stalactites thanks to water dripping from the ceiling for many years.
White-ish moon lighting .
Sudden high pressure steam coming from the walls when Warp-Grinder is operational. 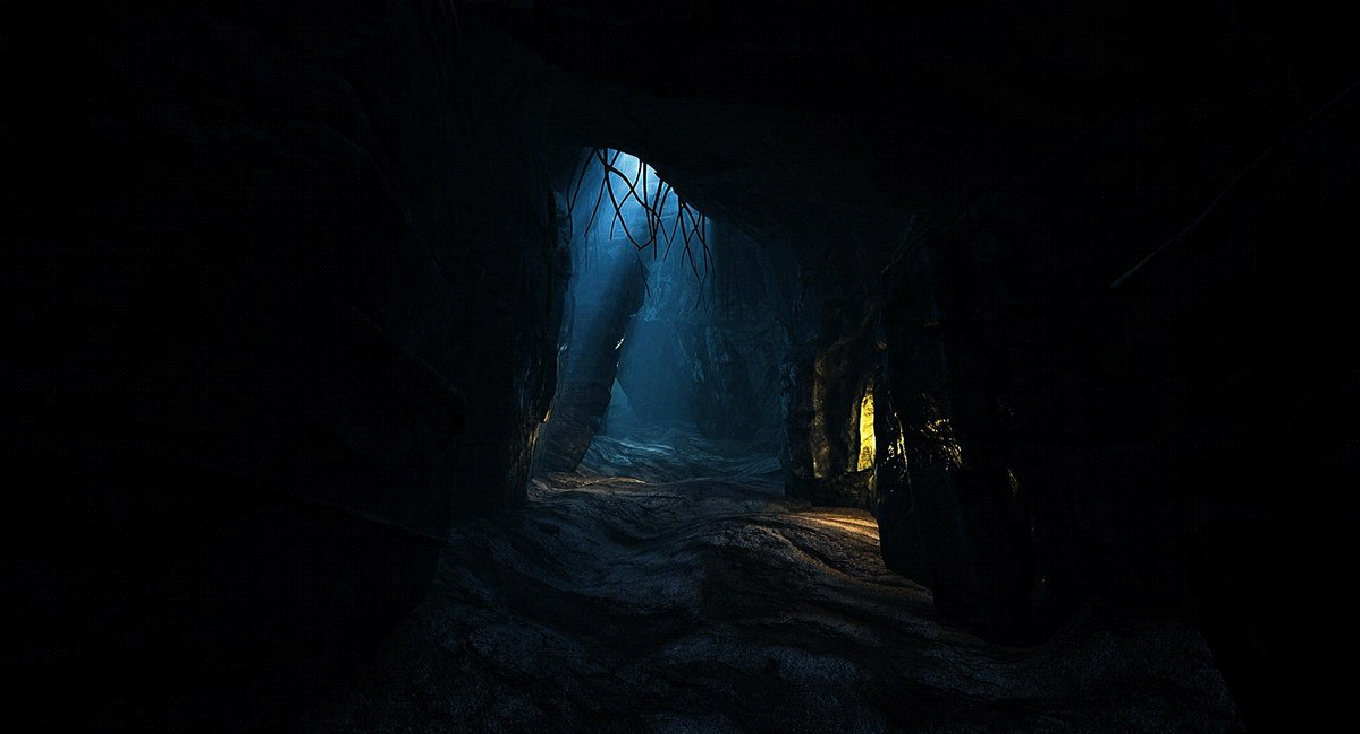 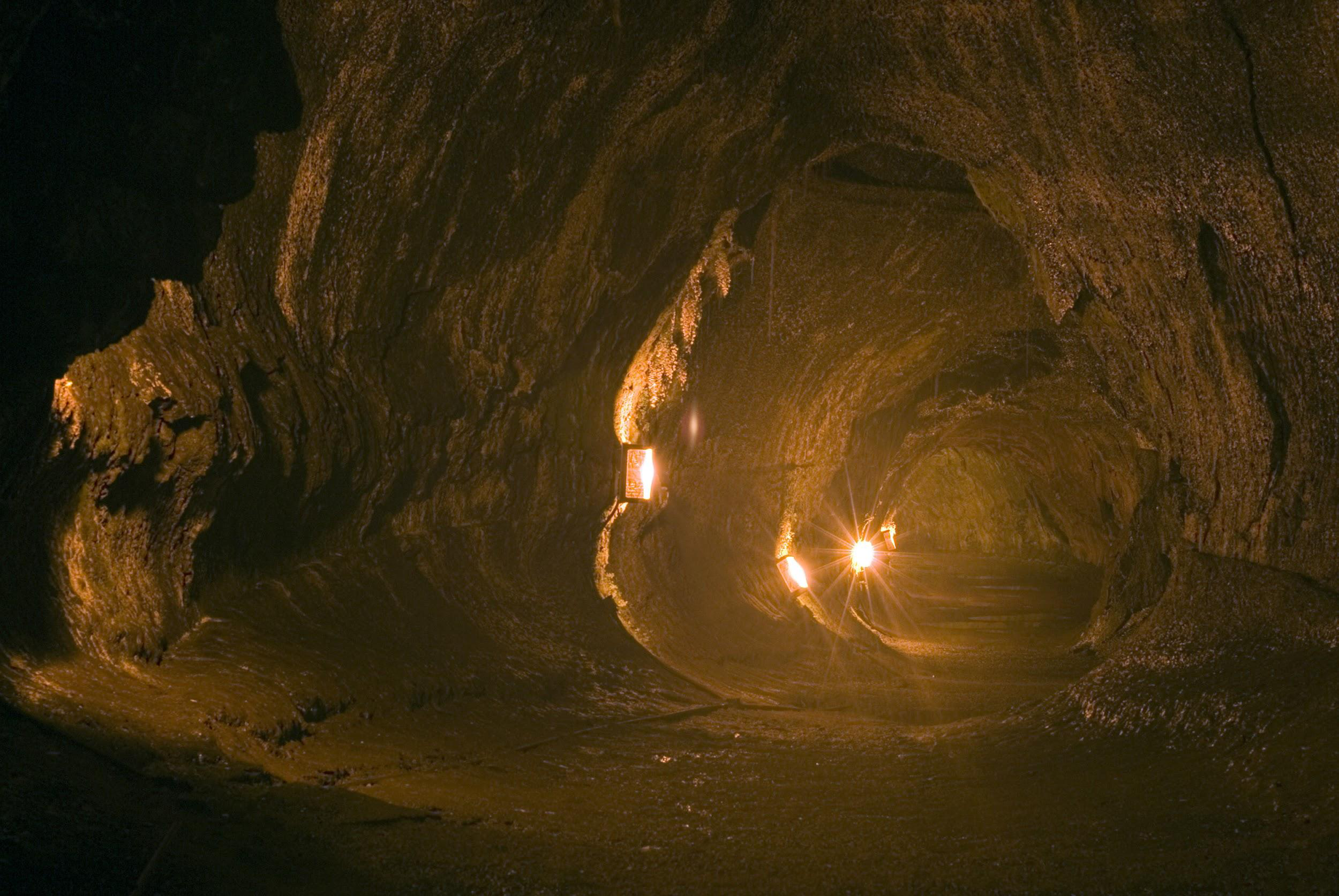 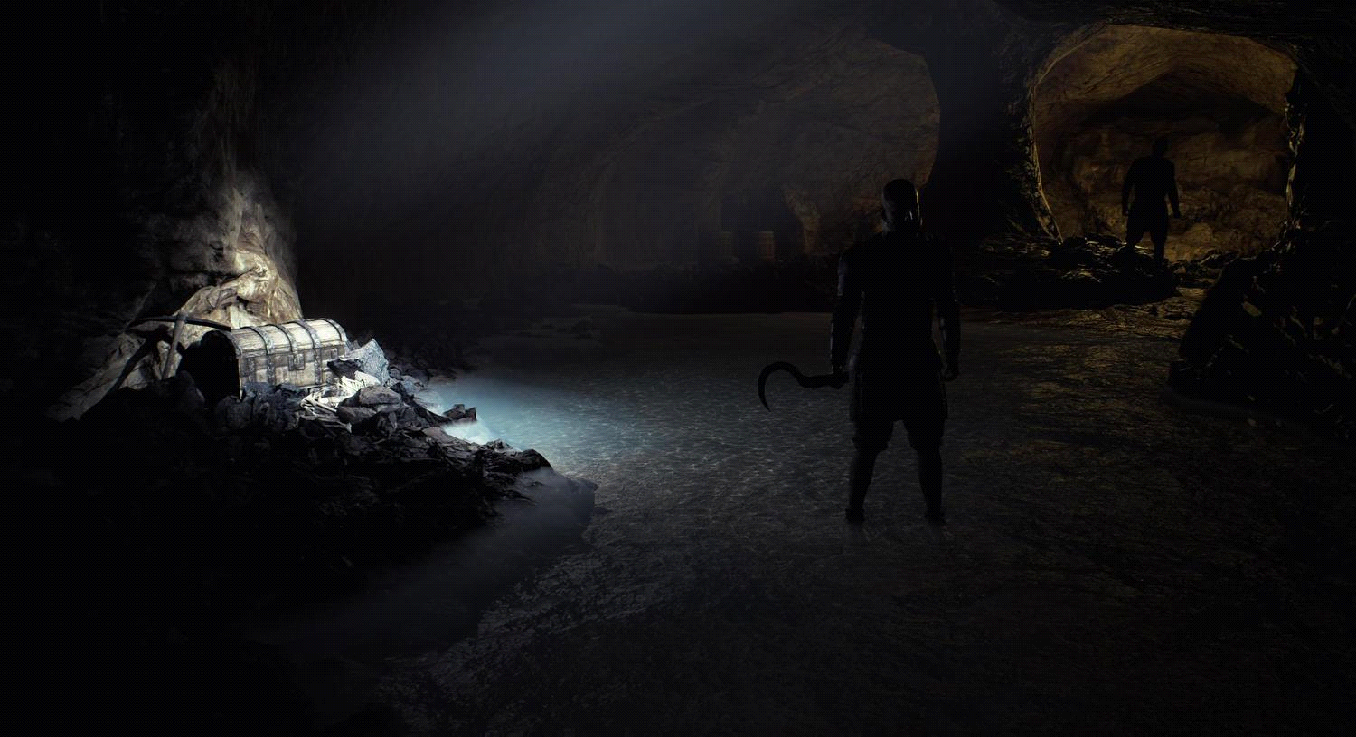 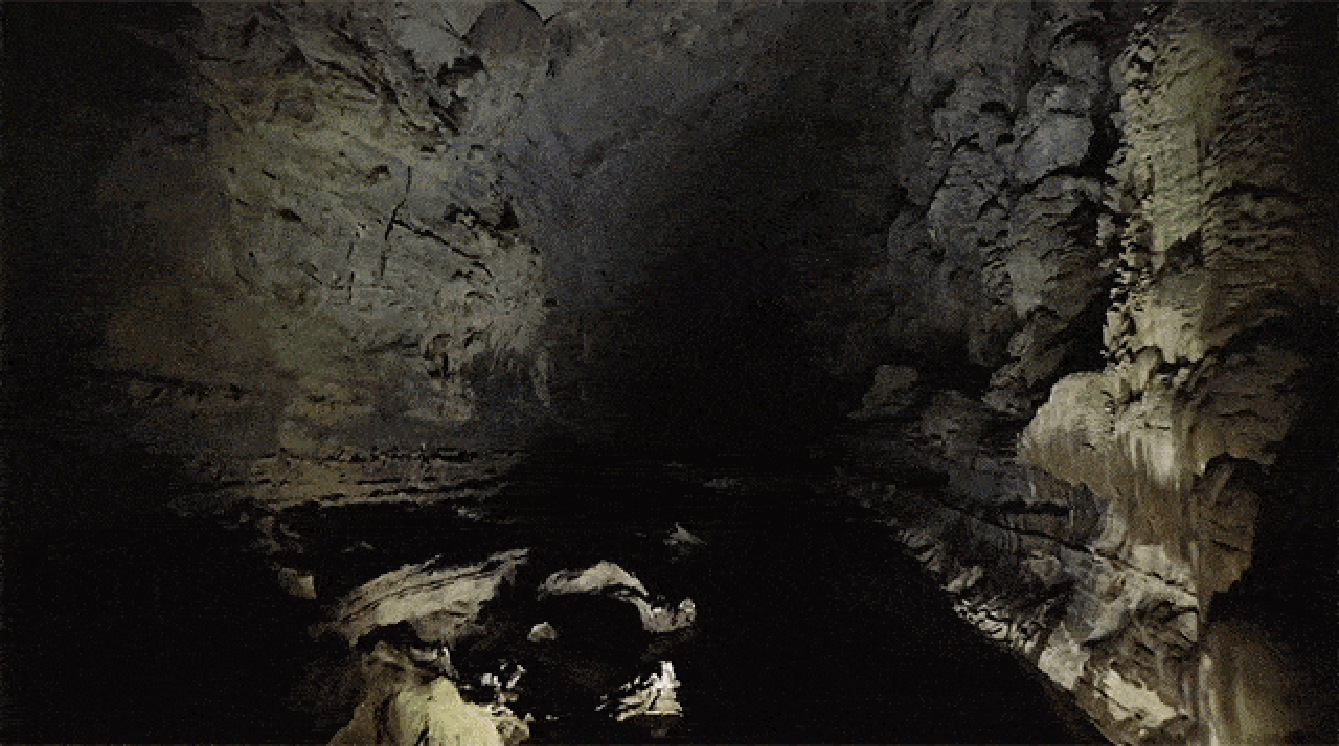 Volcano section
More orange/firelike lighting in this area, to distinguish it from the previous tunnel sections.
Distant laughs, ruckus and cheers from the Skaven when the drill is operational.
Scaffolding and a rock path leading upward once you enter the crater.
Players start at the bottom and move upward.
Some halfway melted drill bits are lying at the bottom of the volcano, indicating massive amount of heat being generated.
The Warp-Grinder is hanging vertically in the center of the crater. 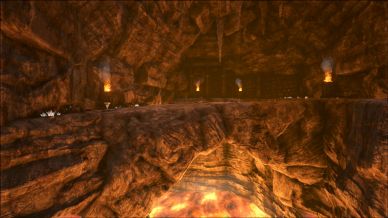 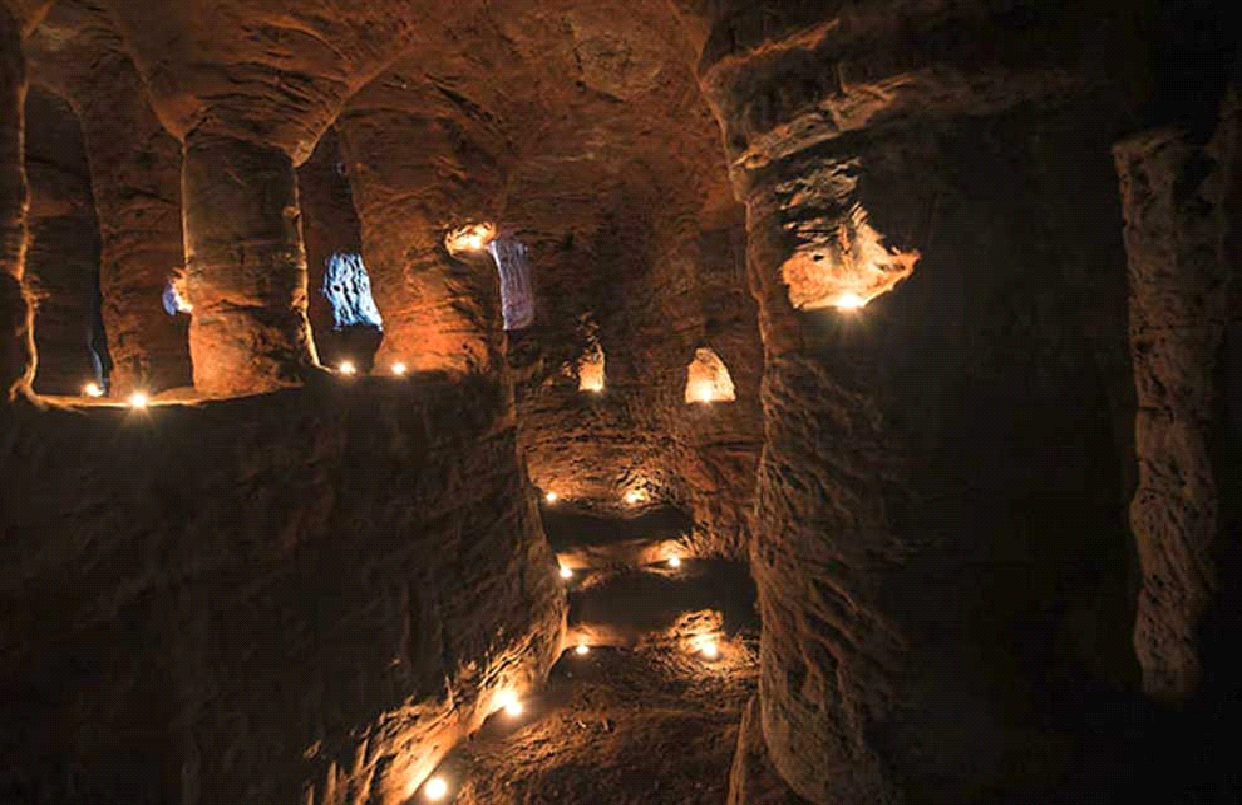 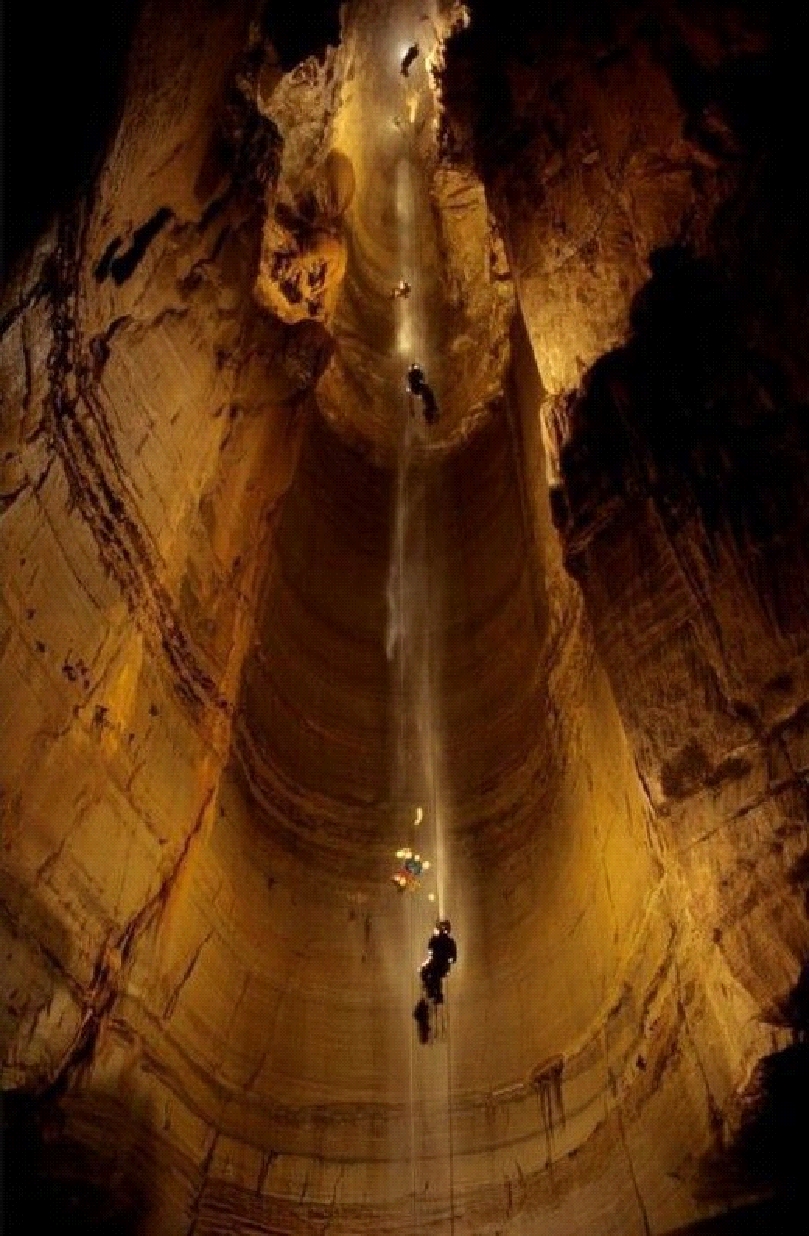 Defeat the Chaos Spawn in the ceremony hall

Start
When jumping down into ceremony hall the Chaos Spawn will come out from the huge doors behind you, wreaking havoc, destroying benches etc.

Event
You need to handle it/kill it before opening the doors at the end of the ceremony hall.

End
Players can now open the huge doors and continue down into the volcanic tunnels.

Start
The Warp-Grinder needs to cool down and is being pulled up in the air for maintenance.
It starts to get pulled up when players enter the volcano section and stops at “the top” after a while.
The drill bit is still red hot.

Event
Players turn it on again, and protecting the “On/Off” button until the machine gets so hot steam starts seeping out through the pipes (blowing away the wooden gate that was previously blocking players from going anywhere else), and blocking the path of the Skaven so they can not reach the on/off button anymore.
At that time the players can safely move away from the machine (without risk of Skaven approaching and pressing the OFF-button), down a curved slope so they eventually end up looking at part of the white hot drill bit (through a tunnel that was previously blocked until players pressed the “ON”-button).
At that time the drill overheats completely and explodes (while players are around 15 meters away from the tunnel opening) at the top of the drill and in front of them, making the volcano walls above them fall down shortly after the drill, covering the bottom of the volcano.
Players can’t run closer to the collapsing main room as they then will be pushed back by strong winds resulting from the collapsing material, to prevent players from getting stuck or hurt in the collapse.

End
A green light shines through the rubble in front of the players (coming from the warp-stones in the rubble).
The rubble covers the exit in front of players, so they have to move upward again.
This time the steam from the pipes above has stopped so another exit tunnel further up the volcano wall for the players have been opened up.
After the crash it is very quiet, after a few seconds (when players have started moving upward) the chatter from skaven increases more and more as they come closer to the players.
Players have only one way to go and will eventually reach the teleport pad to end the level.

VO
We need to destroy this thing!
Machines running on Warp-stone are supposed to be very unstable, maybe we could destroy this thing by overheating it!
These drills have melted…
It’s a miracle the warp-stone engine hasn’t overheated and blown up yet.
I guess the drill must cool down before they can turn it on again, otherwise it’d probably blow up!
We shouldn’t be anywhere close when this thing goes off!
Get out of the way!
Protect this thing with your life!
Bah! The path is blocked, we have to move upward again!
The steam is blocking the way!
The enemies won’t be able to run through the steam, now’s our chance to run away before this thing blows up!
Don’t worry, if this thing would erupt you won’t have time to feel a thing.