This was a personal project that I had 2 weeks to build, including teaching myself about the actual game and its mechanics.
I wanted players to be able to choose different paths on their way to the end of the level, but also be able to switch between the paths in “mid-run” so to speak, and not be locked down on the path they originally chose.
To help players of all skill levels get into and enjoy the level as quickly as possible I built one easy path, one a bit harder and one that was the most difficult (but also generally the fastest one).
The two harder paths I made sure had spinning platforms visible to the player at the start of the level, in order to give a more complex impression (so that players got a hint which paths might be harder than others).
On the hardest path I also put a warning sign, to further convey that “this is a dangerous route!”.

I also wanted to create height differences between the routes to make the level a lot more interesting, but still allow the player to switch from one route to the other.
I accomplished this by letting the left (hardest) and middle (average) route go upward, and if the player failed certain jumps they would fall, but fall down to the easier routes, and not always to their deaths.

To easier tell the paths apart I gave each path somewhat of a theme:
The easiest path has a bouncy mushroom theme, which is a very fun way to traverse, but somewhat unchallenging for more experienced players

The path with average difficulty both has swing nodes, rotating and static platforms, but generally the distance between them is not too large.
When failing on the average path the player often falls down on the easiest path, and not always to their death.

The most difficult path has a lot of swing nodes, and even more challenging rotating platforms (with a larger distance in between them), forcing the player to deliver more precise jumps and swings in order to, with sweaty palms, safely get to the end.
On this path there is also no ground underneath the player, which makes using a swing node a lot scarier than on the other routes.
No safety net for the brave…or was it “for the fools”?

I still felt there wasn’t enough action and movement in the level, so to make it stand out from any other level I created a rolling boulder section that could be seen from all main paths, partly as an homage to the Indiana Jones-franchise.
The boulders themselves roll through one of the easier paths, so I made them pretty easy to evade, but they help keeping the easier path “fresh” and more interesting, as the boulders will be in slightly different positions every time you play the map.

Biggest challenge for me, or what took a long amount of time was to get the distance and “flow” between jumps, bouncy mushrooms and swing nodes the way I wanted it, so that the feeling when playing my level would be the kind of feeling or flow that Tarzan seems to have when swinging from vine to vine through the jungle in any of the Tarzan movies.
A factor that made it more time consuming was the fact that the player in many situations could come from several different directions, and not just head onto the mushrooms or swing nodes from one direction. 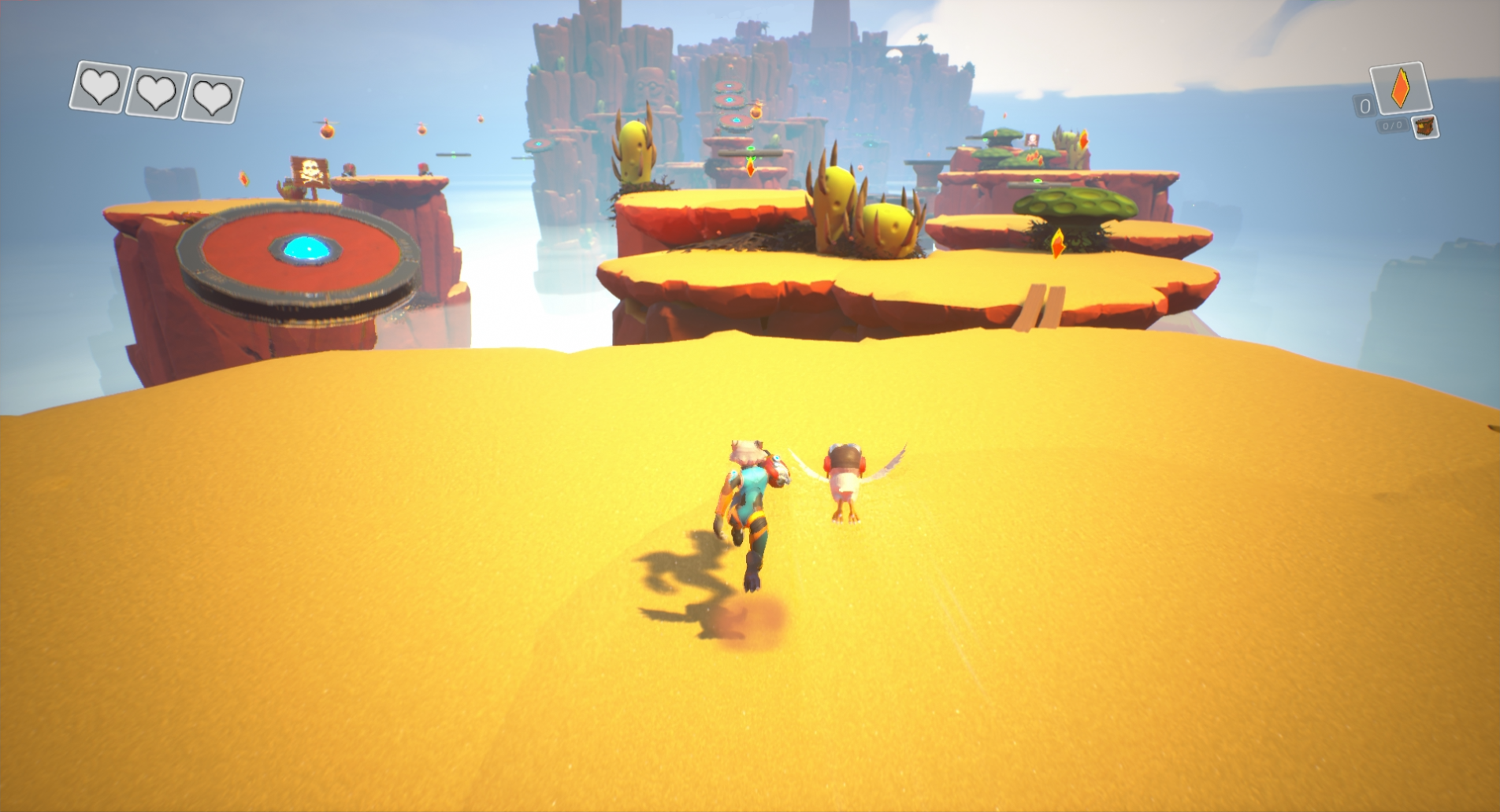