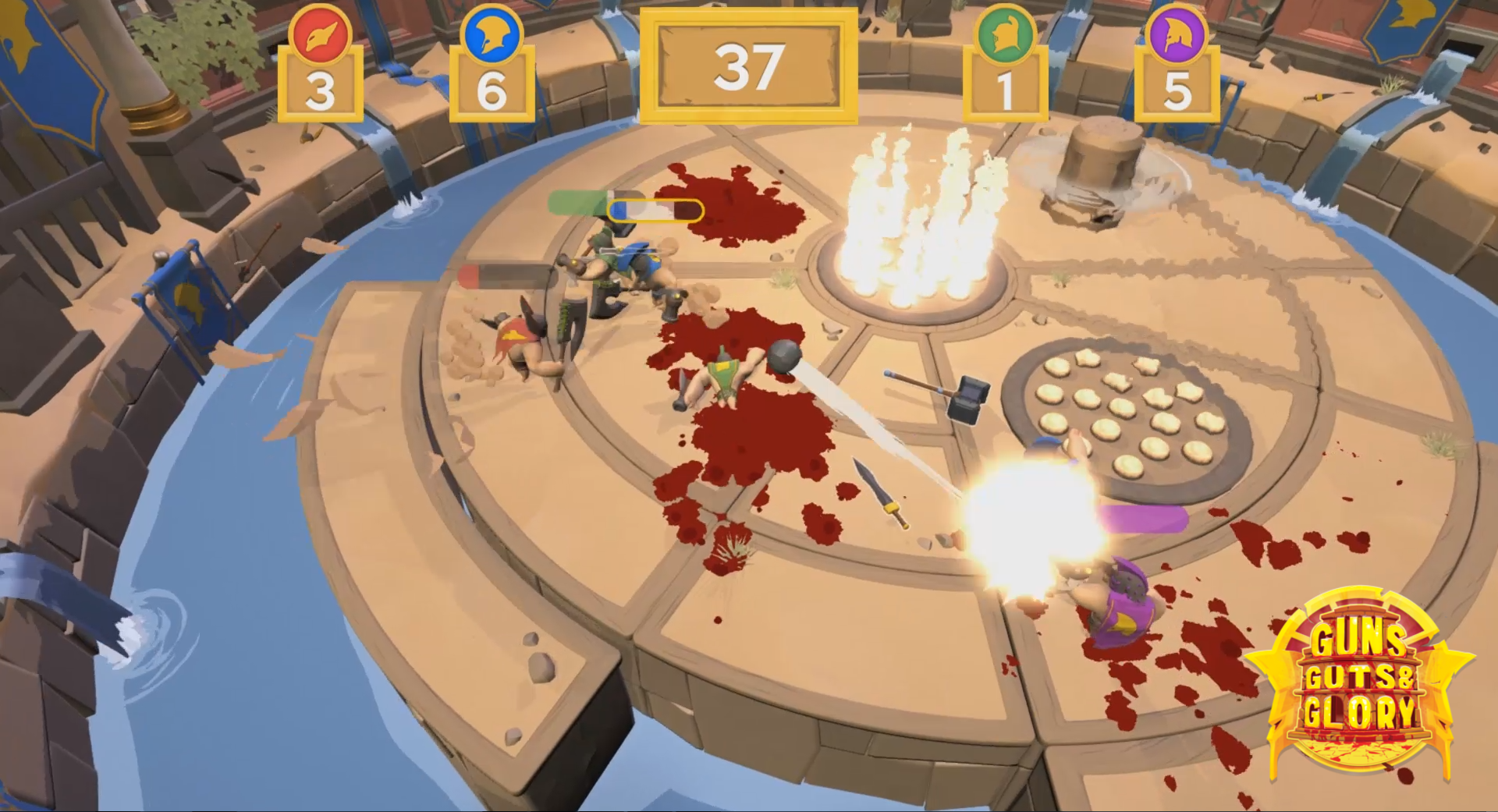 “To give players a short heads up that a chunk would be falling down, a particle effect and shaking was added to that chunk just before it falls down”

Guns, Guts & Glory is a local party game brawler for up to four players, where you battle each other with swords, spears and arm cannons in order to be the last gladiator standing.

Force slam them into the ground using the battle hammer, or blow them into smithereens with your powerful arm cannon while avoiding following the crumbling arena down into the abyss (and certain death!).

During this assignment I was in charge of the level design, and the presentation/pitch of the project.

In order to prevent avoidance of all other enemies to be a viable tactic during the three rounds and to keep players on their toes, making the playable area smaller as the rounds went by was one of the first ideas I wanted to implement.

This was done by having random chunks of the arena drop into the water below, from the outside in.

To give players a short heads up that a chunk would be falling down, a particle effect and shaking was added to that chunk just before it falls down, to avoid players feeling like they died random and unavoidable deaths.

We also added effects on all the different traps as well, to make sure players had a chance to see that they would become active very soon.

Another step we took to enhance gameplay was to place the traps randomly at the start of each match, so that each play session would be different than the other.

A level design functionality that we regretfully did not have time to implement was that part of the arena (the individual “rings” of the arena) should spin during certain periods in the match, making chasing another player or trying to get to a weapon lying somewhere in the level be more interesting and a little less straightforward.

As part of the school’s requirement for this group assignment we incorporated a mini game letting players compete for which quadrant would be their starting one.

This mini game runs before the first round starts, and then between each consecutive round.

As this was meant to be a “party game”, a lot of people playing it will be first time players, or on a beginner skill level.

I therefore pushed for that after the first round, the player with the *worst* score should be allowed to choose quadrant *first*, in order to let them choose the quadrant that had the best weapons on them, working as a small blue shell effect for more novice players.

Naturally, all three designers in the group were a part of the overall design process as well, contributing with ideas, feedback and worries that took the project forward into its final shape. 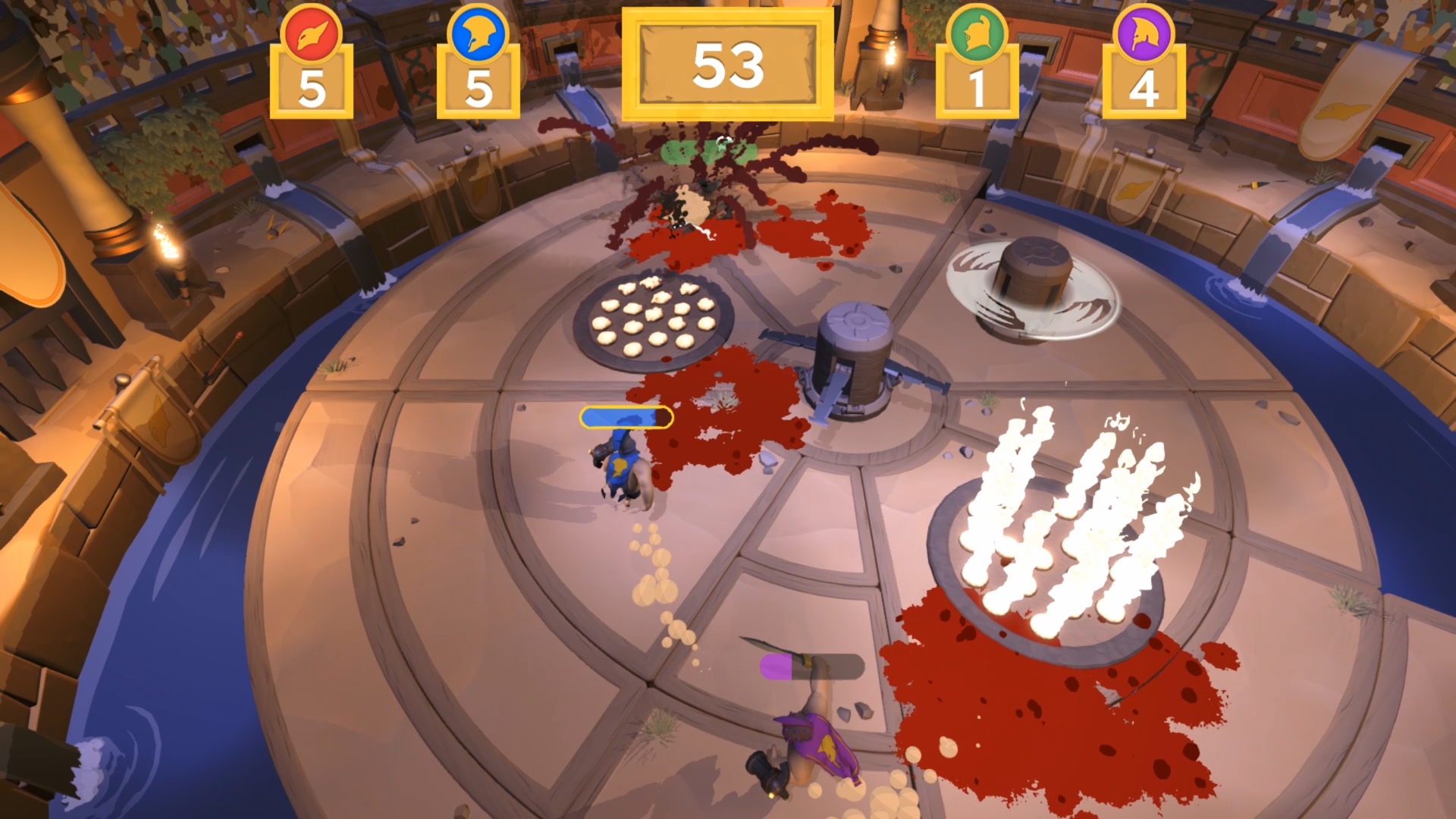